What Should You Do With a New Box of Pastes? 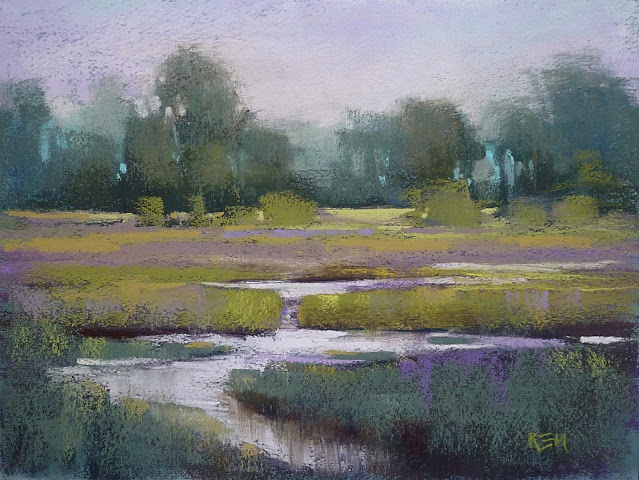 Imagine this...you just got a brand new box of pastels. They are gorgeous. The colors are amazing and they sit in pristine condition all nestled in foam in a pretty box. You drool. You show them off to your pastel friends. They drool.  Now what do you do? 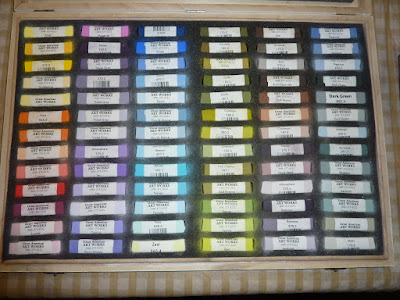 You DON'T do what I did with this beautiful set of Great American pastels.  I  kept them pristine and unused in their box for three years!  I would take them out to show students what they looked like. I highly recommend this set by the way.  The palette Richard McKinley has put together is wonderful.(he also has selected a set of Terry Ludwig pastels which I also love)But the time came eventually to get these pastels out of the original box and get them ready to paint with rather than stare at!  We all face this issue. We get a new box of pastels and we aren't' sure of the best way to store them.  Here are a few of my tips: 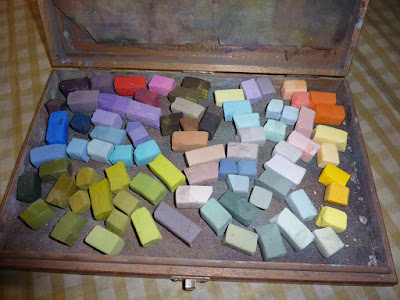